At first glance, prepaid legal services would appear to be a real winner.

They are popular in the United States and Europe; they have been endorsed by the Law Society of Upper Canada; and they have been adopted by the Canadian Auto Workers (CAW) and numerous other Canadian companies as part of their employee benefit plans.

But prepaid legal services – a form of legal coverage that is similar to dental, medical and even auto insurance – are not well known in Canada. And nobody really understands why.

“It takes time to build,” argued Jonathan Fedder, the managing lawyer for prepaid legal services with Mills & Mills LLP, a Toronto-based firm that has provided these services since 1999.

Perhaps Carl Sheffer has the best explanation for the low profile of these plans. “It’s not really big because it’s not something people go out for,” said the part-time legal services salesman in Stayner, Ont. “We need to educate people.”

The law society tried to educate people as far back as 1993. In a report that year, the Special Committee on Access to Legal Services recommended that the society “actively promote and encourage the establishment of prepaid legal plans in Ontario.” Nine years later, in 2002, the same committee concluded the Ontario market was still “under-developed.”

The committee seemed puzzled that prepaid plans weren’t more popular given their many benefits for middle income Canadians who can’t afford private lawyers, but don’t qualify for legal aid.

“An attraction of prepaid legal plans is that they offer a means of making legal services more affordable to the middle class,” the 2002 report said.

The lack of interest in prepaid legal plans across much of Canada is surprising, given their popularity in many other jurisdictions.

The report noted that more than 150,000 Quebec households are covered by so-called legal protection insurance, offered by large insurance companies as a rider on home insurance plans.

In Germany, legal services insurance is a compulsory add-on to auto insurance, while in Finland, the profits from compulsory legal insurance are used to subsidize legal aid.

One of the North American leaders is Pre-Paid Legal Services Inc., an Oklahoma company that claims to have 1.4 million members in four provinces and 46 states. It is the plan that is sold by Sheffer and supported by Mills & Mills.

“Did you know that for less than a dollar a day, you can have access to services previously reserved for the wealthy?” the company states in its website.

Under a typical Pre-Paid plan, members pay a US$10-enrollment fee and US$26 a month. For that sum, they get a wide variety of legal services either free or at a hefty discount.

“We have got people out of time-share agreements they didn’t need,” Fedder said, adding that he does a lot of real estate, landlord and tenant work for his Pre-Paid clients.

Pre-Paid is highly successful in the United States. The parent company, which trades on the New York Stock Exchange,  made a profit of US$39.9 million in 2003 on revenue of US$361.3 million, according to a recent SEC filing.

In Canada, Pre-Paid claims membership fees totalled US$4.2 million in 2003, up 13 per cent from 2002. It has sold memberships in Ontario and British Columbia since 1999 and in Manitoba and Alberta since 2001.

Pre-Paid may be the leader among the North American private-sector plans, but the CAW was a pioneer in company-sponsored plans.

The union has been bargaining for legal benefits since 1984 and now has 105,000 eligible members at 35 different bargaining units. Under these plans, union members get legal advice at the expense of the big-three automakers and major parts suppliers.

The CAW plan is huge. Ginsberg says the plan has upwards of 1,000 lawyers on call across Canada who provide advice over the telephone, as well as a wide variety of services that extend from wills and real estate deals to consumer protection, family law, unfair dismissal, criminal prosecution and preventive law.

Autoworkers and their families are eligible for up to 30 hours of legal advice for free or at discount rates, depending on the type of claim. But even Ginsberg admits that the plan hasn’t taken off.

“People say they don’t need a lawyer,” he mused.

There are many other legal plans in Canada, mostly offered by major corporations, banks and computer companies as part of their employee benefits.

Many lawyers speak highly of these plans despite pay scales that are far below normal rates. For example, the CAW plan pays its member lawyers a flat $100 an hour. Some plans pay about $190 an hour while a few others pay more.

But the CAW doesn’t apologize for these rates. “We don’t expect lawyers to live on the CAW plan [alone],” Ginsberg said, noting that participating lawyers benefit in other ways. “They get spin-off work and they get volume.”

Some law firms garner much of their revenue from prepaid plans. Mills & Mills, a mid-sized firm of 22 lawyers, is one of the main suppliers to Pre-Paid Legal Services.

“We provide a high level of legal service to people at a very reasonable cost, less than half the price of a cup of coffee a day” Fedder said. “We give value for money.”

Harvey Goldstein welcomes the spin-offs that come from his prepaid practice in Thornhill, Ont.
He does family law, estates, wills and some criminal work for a wide variety of corporate employee plans, including IBM, Magna International and MDS Sciex. He does some work at a fixed rate and sometimes at a 25-per-cent discount to his regular fee.

But his real benefit comes from referrals and spin-offs.

“I have no problem with it,” he said, referring to prepaid plans. “My clients seem happy and I get a lot of referrals. My clients [from the IBM plan] pass my name around to the other 4,500 IBM employees.”

Prepaid legal plans have plenty of fans, but they are not without controversy. In its early year, the Law Society of Upper Canada required the CAW to open up its legal roster to any lawyer in Ontario. Now, about 10 per cent of the CAW work goes to independent lawyers, while the rest is split evenly between staff lawyers and members of CAW-approved law firms.

Meanwhile, Pre-Paid Legal Services has been involved in some controversy over the wording of its legal contracts.

In Ontario, Chuck Andrews, manager of compliance for the Financial Services Commission of Ontario, said Pre-Paid ran afoul of provincial regulations because its products were deemed to be insurance and therefore had to be sold by licensed insurance salesmen. Pre-Paid successfully responded to that issue by offering service contract plans.

But Pre-Paid has also come under considerable criticism – and a long list of court actions – because its sales techniques were questioned.

According to a recent SEC filings, the company is being sued in many U.S. states over the sale of memberships, its commissions and alleged securities violations.

In addition, the New York State attorney’s office and the SEC are investigating the trading of securities in advance of key announcements.

Some of these actions are “frivolous” while the results of others are “not determinable,” the company said. Meanwhile, the company has included its legal expenses in its financial statements.

Pre-Paid has also been criticized for a sales system under which members receive a commission if they sign up other members.

These commissions accumulate as the newly signed members sign up more members, creating a form of multi-level marketing.

Media representatives for the Law Society of Upper Canada and the Ontario Ministry of the Attorney-General said they were not aware of any charges being laid against the company in Ontario.

Fedder defended Pre-Paid’s sales tactics saying some of the actions were frivolous or the result of attempts by short sellers to knock down the value of the company’s stock.

“People who market the plan make a commission,” Fedder said. “This is not a classic pyramid scheme.” Rather, they are “network sales,” simply a good way to grow a company fast.

“We give a true and valuable service,” Fedder said. 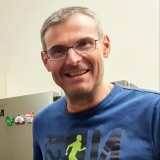